In its report Towards a Sustainable Paper Cycle, the International Institute for Environment  and Development (IIED) emphasized the need for increased dialogue among forest industry, environmental, governmental, and private stakeholders regarding forest management. Drawing from an array of existing proposals, IIED urged the forest industry to synthesize a globally acceptable set of guiding principles for sustainable forest management that involved these stakeholders. In the beginning of 1998, the Working Group Towards a Sustainable Forest Industry, an international group of individual forest companies within The World Business Council for Sustainable Development (WBCSD), began discussions.

Meanwhile, James Wolfensohn, President of The World Bank, convened executives from the forest industry and environmental groups in January of 1998 to discuss forest management. A subsequent Working Group on Sustainable Forestry recommended dialogue outside of The World Bank to secure consensus among forest industry, non-governmental organizations, and private forest landowners.  The World Bank asked Scott Wallinger, co-leader of WBCSD Liaison Delegates on Sustainable Forest Industry, to stimulate a broader continuation of that dialogue in order to implement the recommendations. Concurrently, the World Resources Institute (WRI) began a parallel dialogue led by Nigel Sizer to develop a vision for the forests of the world through 2050.

Clearly, many parties displayed concern regarding the future state of world forests.  In these and many related processes, the participants voiced the need for constructive dialogue that allowed individuals to share perspectives, identify a common vision, and resolve conflicts.  Ultimately, the parties aimed to develop greater collaboration based on shared objectives.

Group participants believed that the failure to identify a common vision and a lack of mutual understanding of issues and concerns among the various sectors ultimately impedes progress in forest management.  The participants also believed that there is greater commonality among conflicting groups than often is realized. The members, who perceived opportunities to reduce conflict and find common cause, created an ad hoc dialogue group to pursue this objective. Originally called The Continued Dialogue on Sustainable Forest Management, the group changed its name to The Forests Dialogue when it met in June of 2000.

TFD is now supported by a Secretariat, hosted at Yale University. 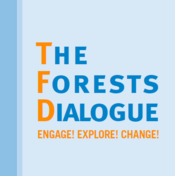 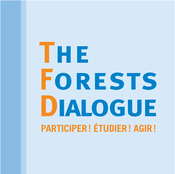 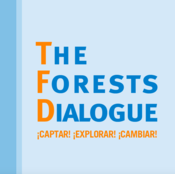