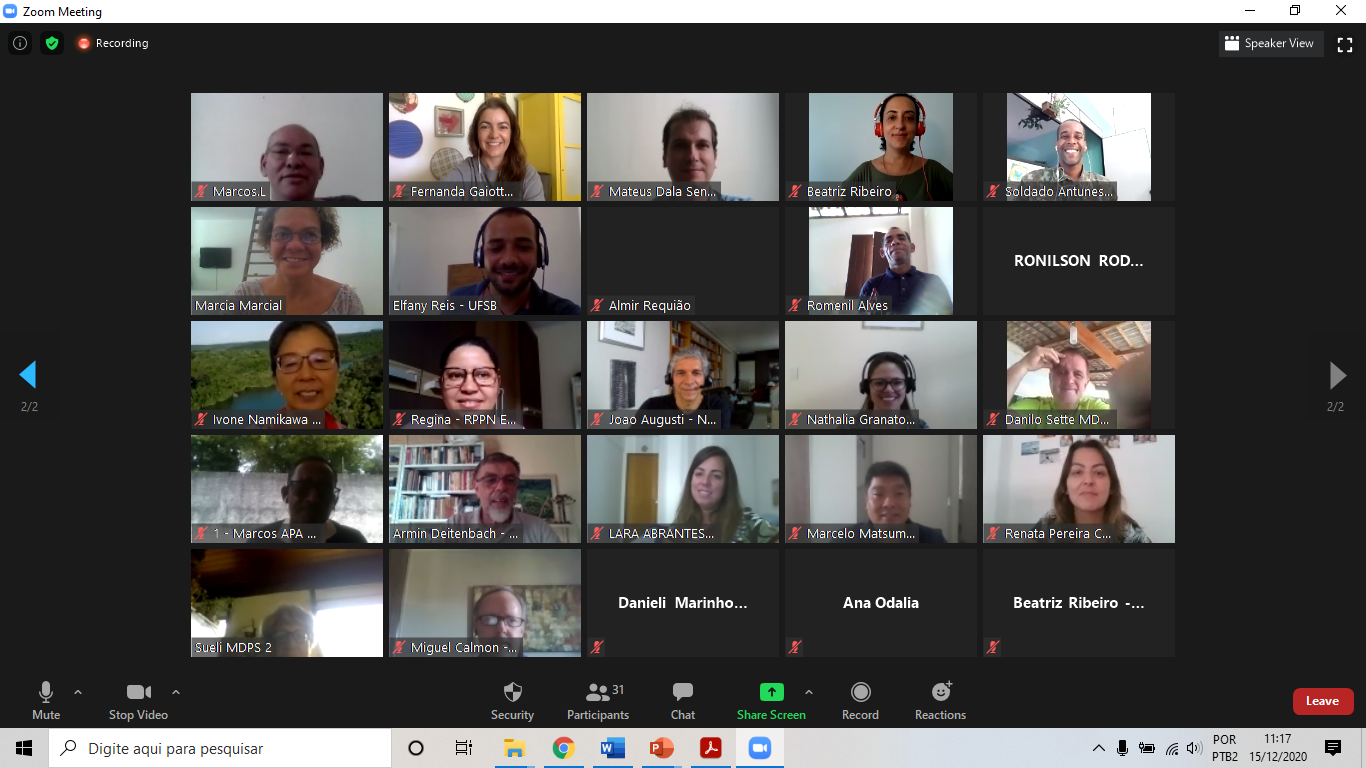 In December 2020, following a Land Use Dialogue (LUD) Training Workshop organized by The Brazilian Forests Dialogue, the Bahia Forest Forum held the first meeting to define the scope of LUD Bahia. This meeting, called the Scoping Dialogue, is the first stage of the LUD, a multi-stakeholder participation platform aimed at gathering knowledge and leading processes that influence responsible business, improve governance of territories, and promote inclusive development in relevant landscapes.

The main objectives of the Scoping Dialogue were to gather information about the synergies and points of disagreement among stakeholders, as well as to identify priority actions for the creation of sustainable landscapes and the key actors that should be engaged to participate in the initiative. Based on these definitions, members of the advisory group prepared the document entitled a Co-Leadership chair summary.

The landscape chosen for the Land Use Dialogue in Bahia comprises the Buffer Zone of the Pau Brasil National Park, an area of 71,205 hectares, which together with the Veracel Station and its surroundings, covers an area of key importance for the connectivity of large Atlantic Forest remnants in the municipalities of Porto Seguro and Santa Cruz Cabrália, including the Pau Brasil National Park (19. 000 ha), the RPPN Estação Veracel (6,069 ha) and other RPPNs, in addition to the Permanent Preservation Areas and Legal Reserves of rural properties.

Land Use Dialogues have been held in several countries, such as Brazil, Ghana, Uganda, Democratic Republic of Congo and Tanzania. In Brazil, one was held in 2016 in the Alto Vale do Itajaí region, in Santa Catarina, and in 2020 in the Amazon, in the Belém Endemism Center. A scoping Land Use dialogue in São Paulo was also recently concluded.